The initial purpose of ERPDs (Écoles Régionales du Premier Degré - Regional First Degree Schools) was  to provide a boarding school education for the children of boatmen and travelling communities such as fairground people. The gradual reduction in the number of such families has made room for other children whose social and family backgrounds makes it difficult for them to fit in in mainstream schools. The École Régionale de Premier Degré de la Verrière was built in ? by the architect ?  Grand Prix de Rome with façades by the CMIT de Lorraine, the former Jean Prouvé atelier.
This project includes a nursery school, a primary school, a boarding school, administrative offices, a canteen and its kitchen, as well as housing for personnel. The new building stretches the length of an axis that runs parallel to the building that contains the principal entrance to the personnel housing. The aluminium panels in the Jean Prouvé ‘metro’style are conserved in the building’s inner courtyard. The exterior curtain wall has been replaced. The renovation of the school was carried out in three phases (demolition, restructuring, construction) on an occupied site. 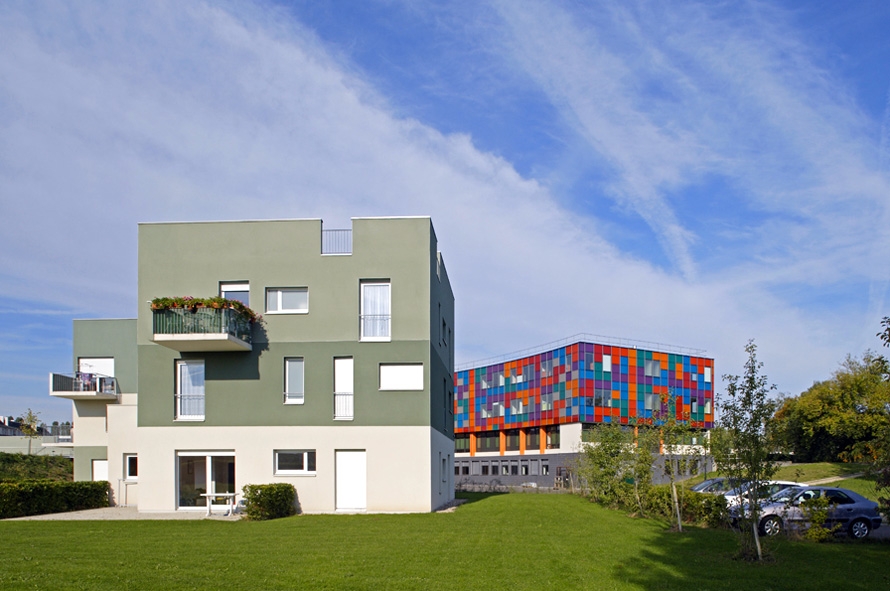 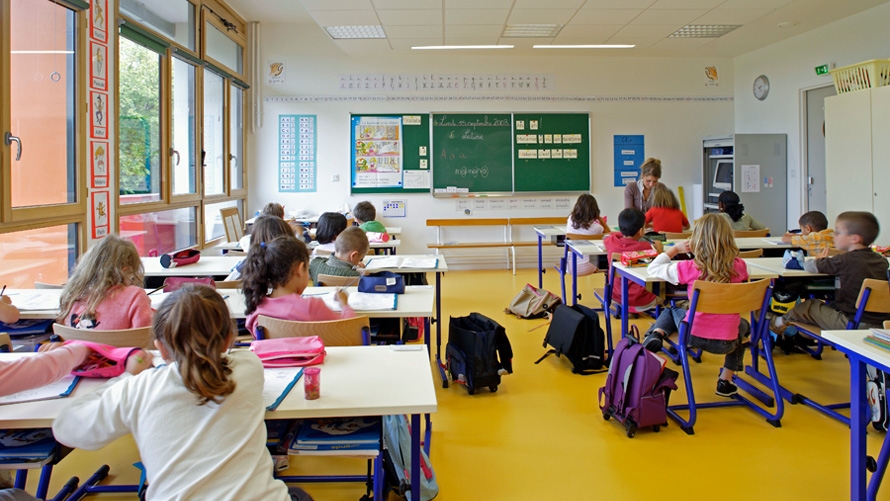 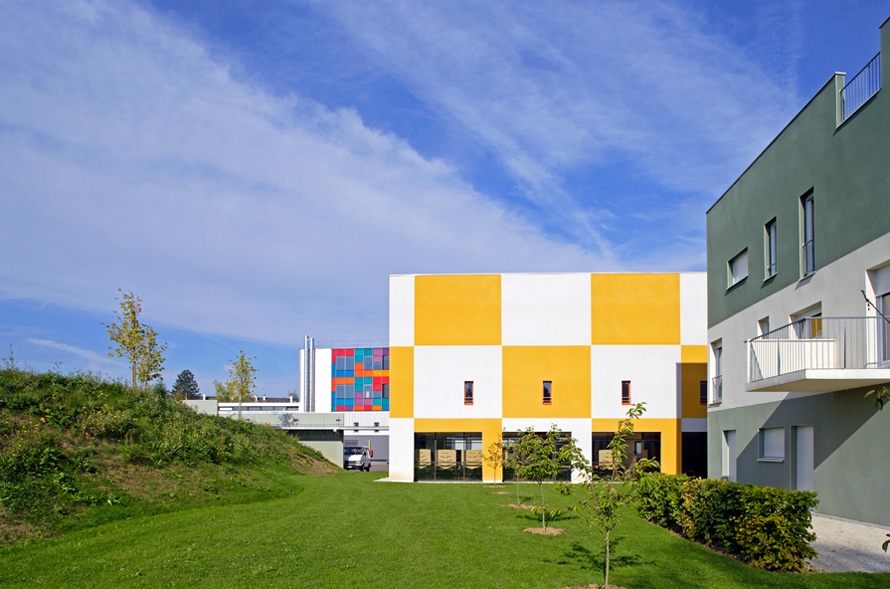 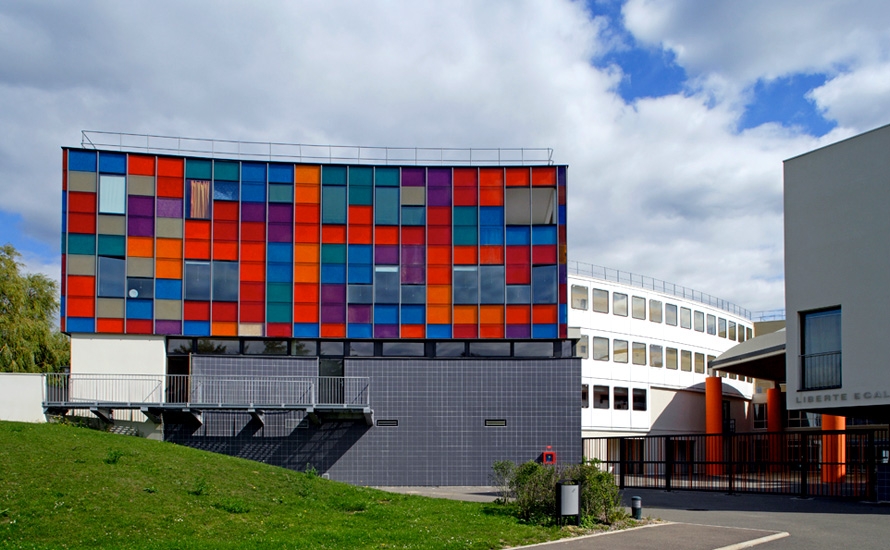 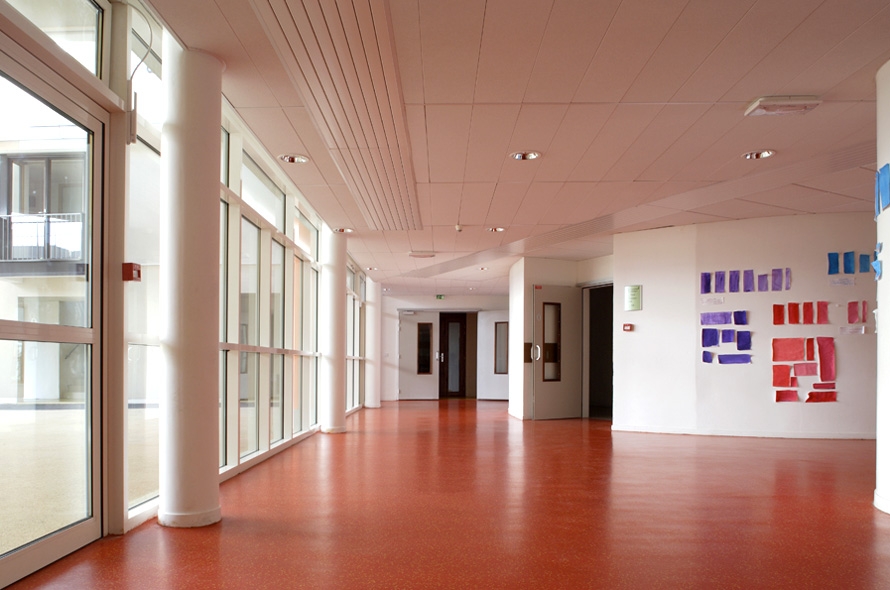 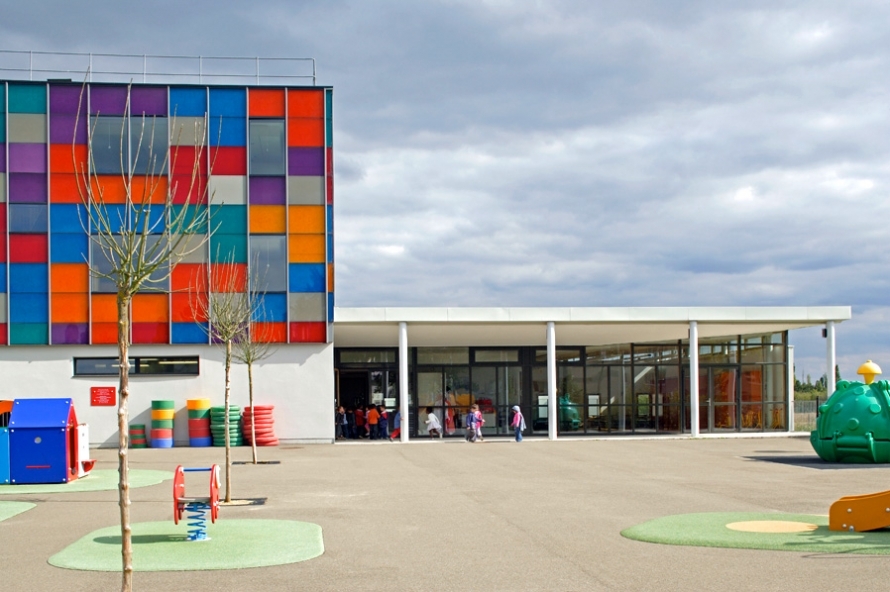 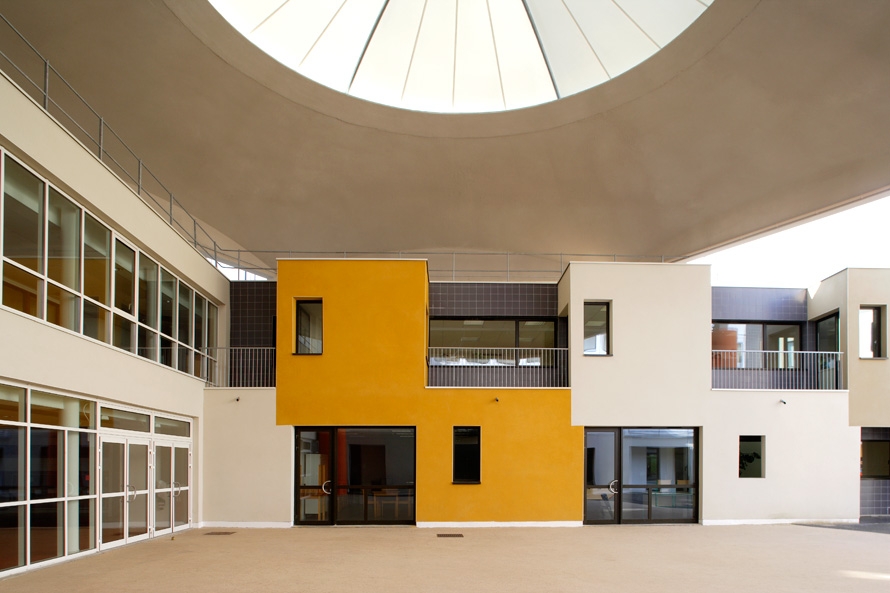 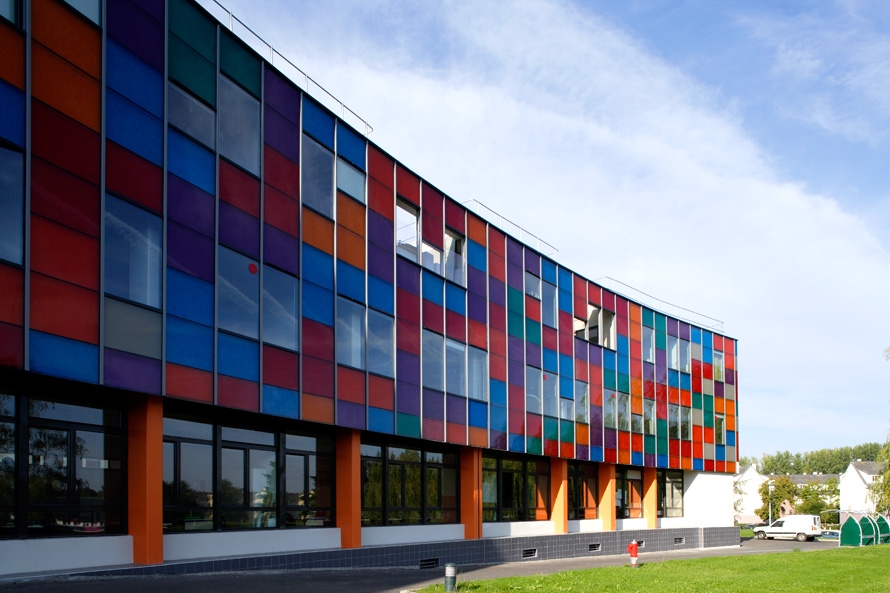