The mission of the housing organisation La Foncière Logement is to increase social diversity in projects run by ANRU (Agence Nationale pour la Rénovation Urbaine –National Agency for Urban Renewal), increasing the appeal of purchasing or renting quality housing in areas of urban renewal.
The Brémond Group selected atelierphilippemadec to respond to a request for proposals launched by La Foncière in Le Havre. It involves the design and construction of 53 passive houses on three sites, two of which are ANRU urban renovation projects, in Florimond-Laurent and Henri-Dunand, while the other, in Montgaillard, is a ZAC (Zone d’Aménagement Concerté – Concerted Development Zone).
On each site the houses are passive, but the ground-plans and division of land differ, depending on whether an already existing town is being added to, as is the case with Florimond-Laurent, or whether a new urban plan is being freshly laid down, as with the other two sites. Thus, at Henri-Dunand, each plot is 7m wide and 70m deep, oriented to the south, while in Montgaillard, on a semi-circular general plan, deep lots create a very protected island at their heart. In each of these plots a whole universe unfolds: houses, terraces, front yards, garden sheds, garages, vegetable patches, tame gardens, wild gardens, orchards and extra buildings at the bottom of the gardens. 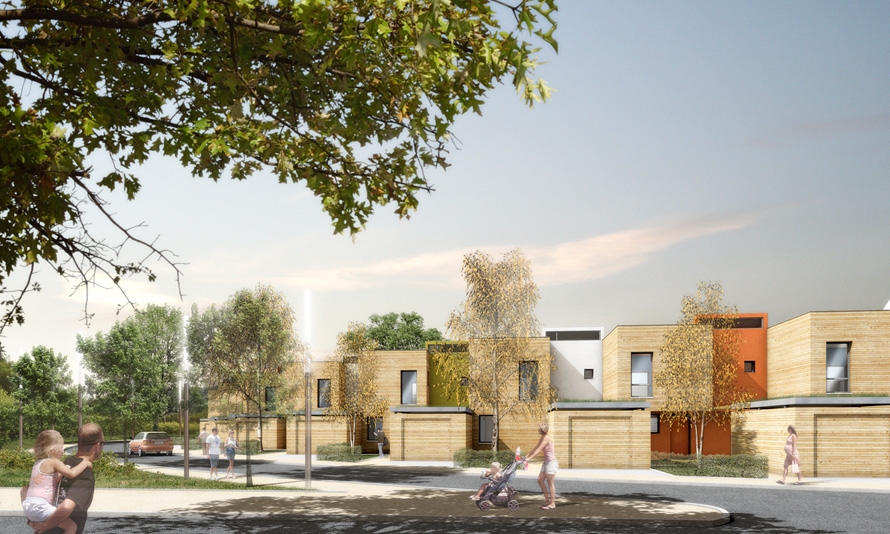 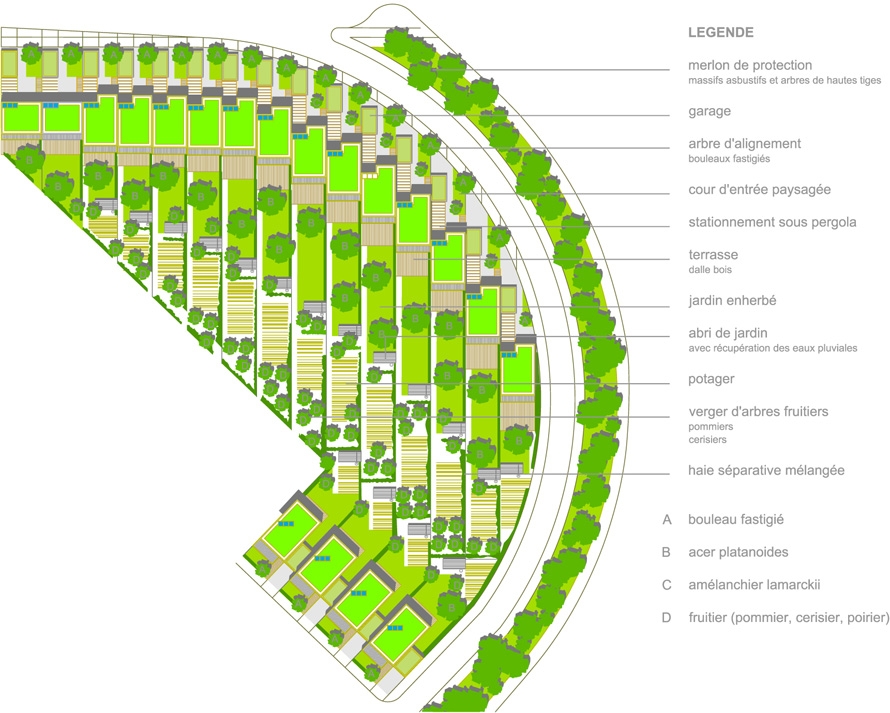 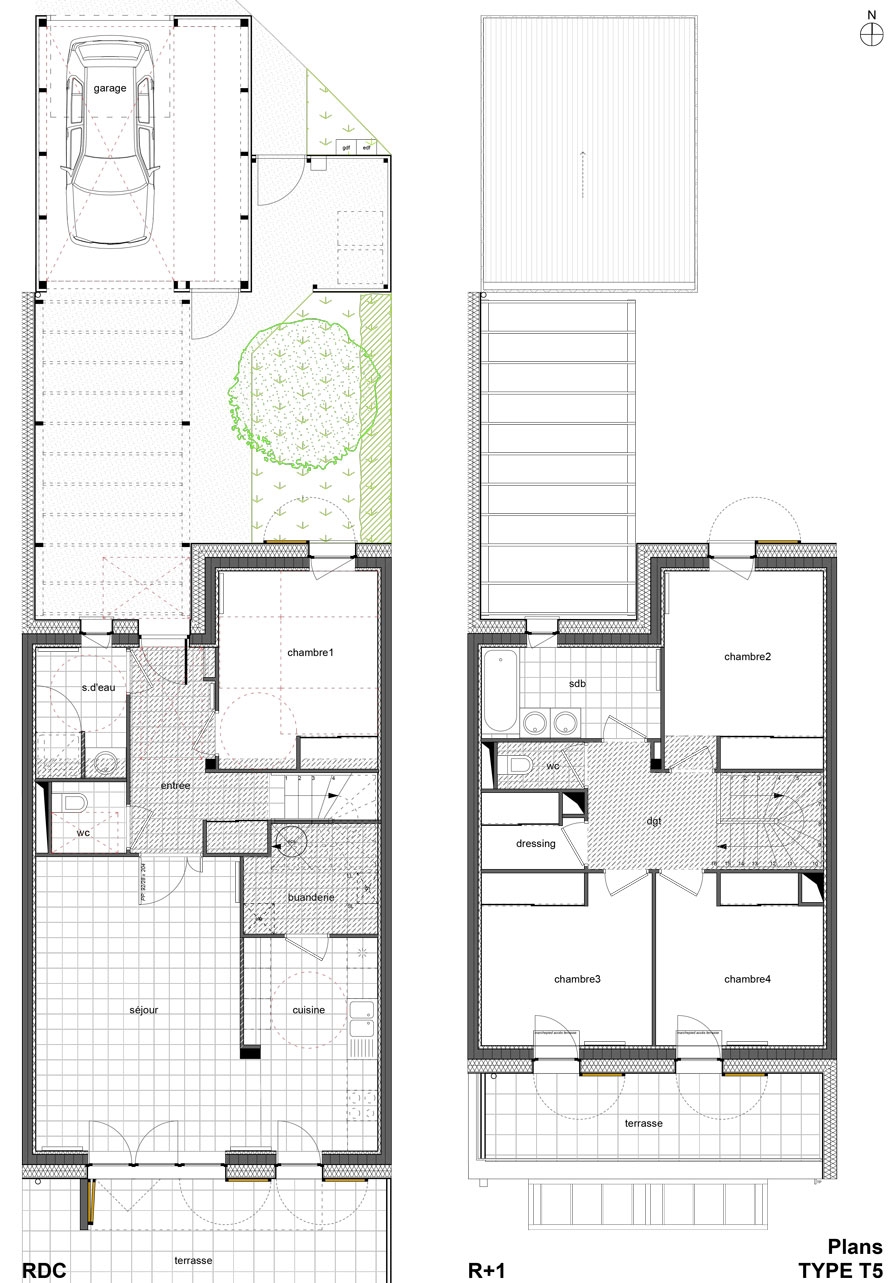 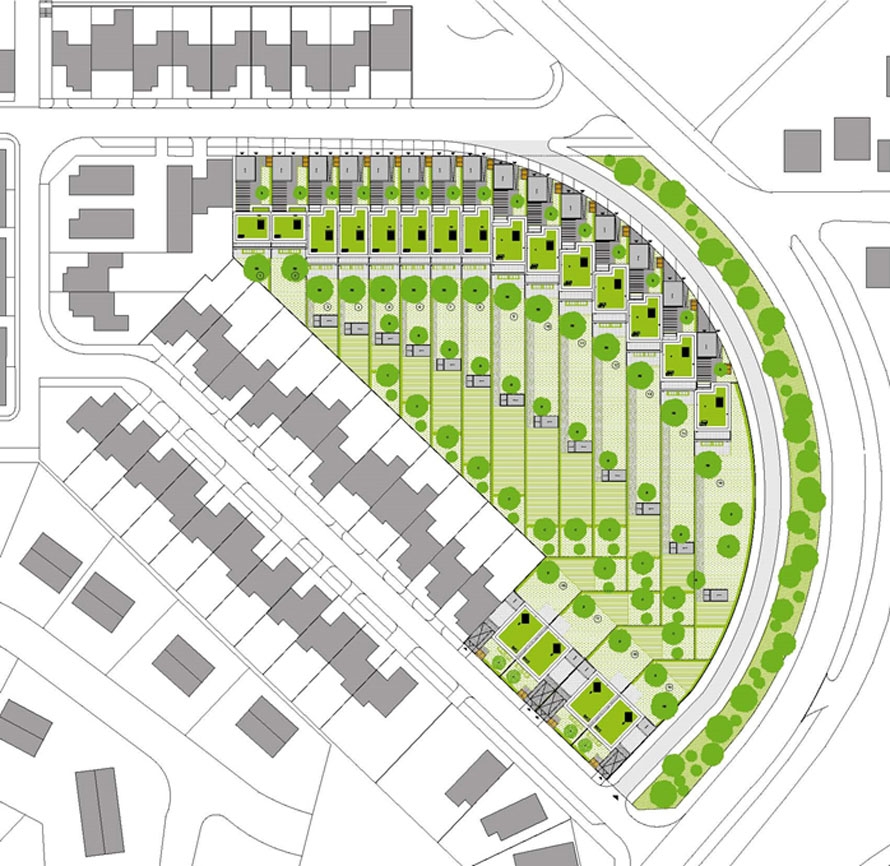 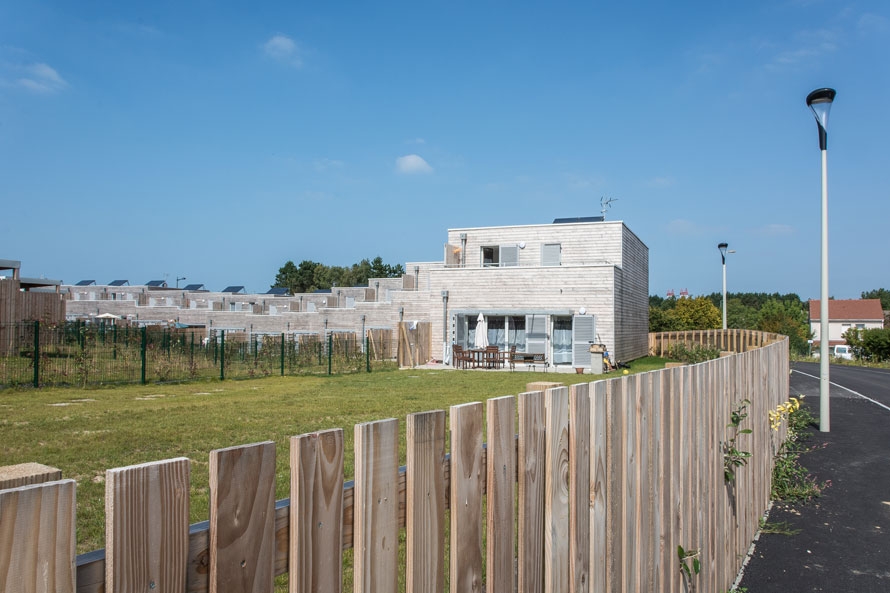 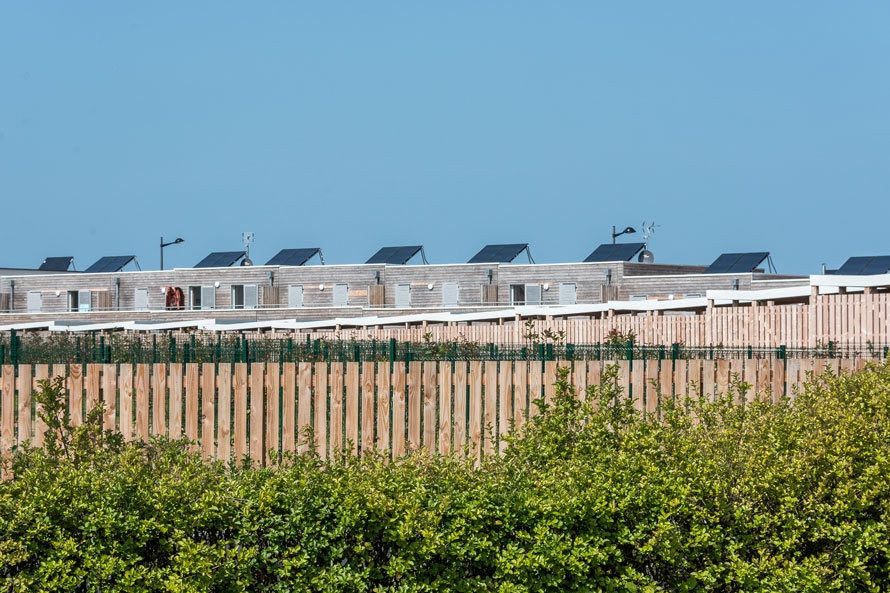 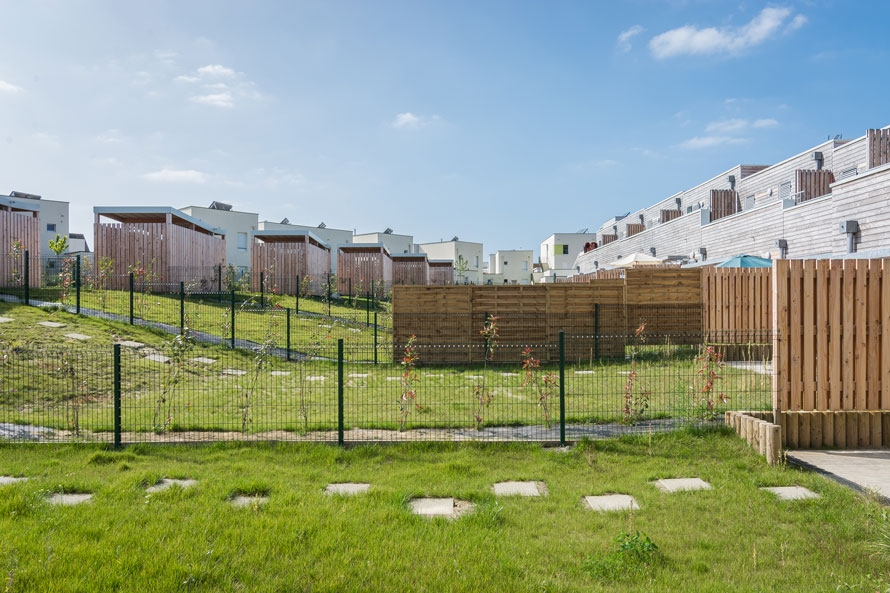 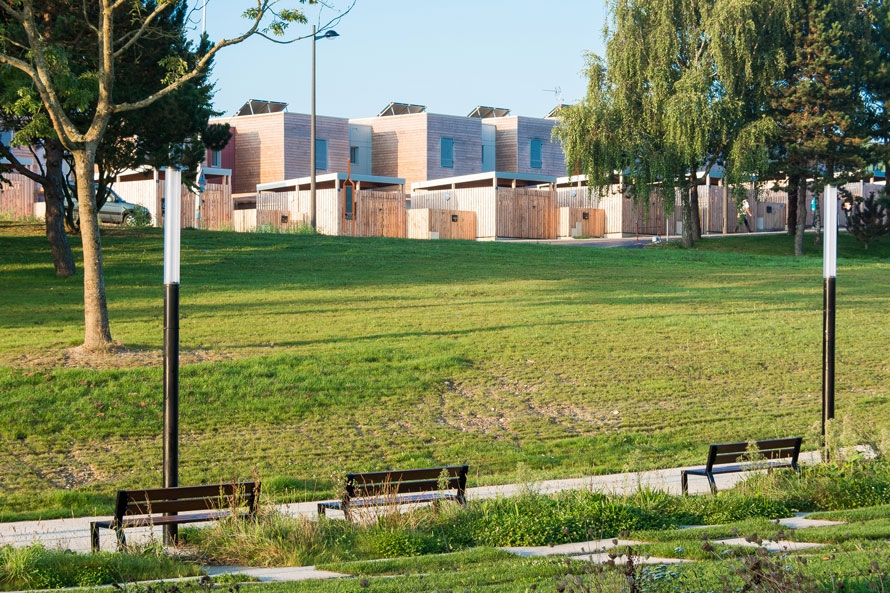 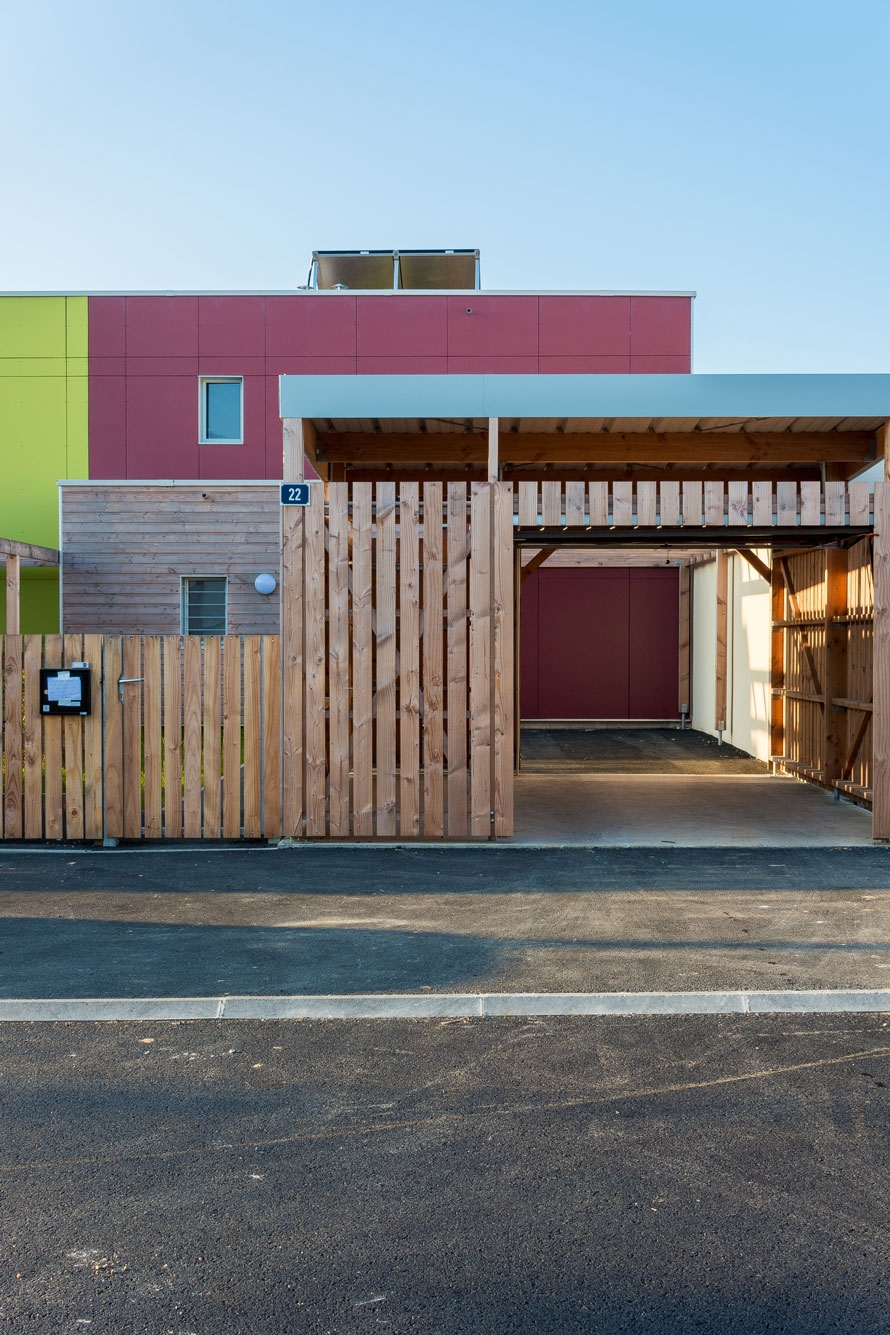 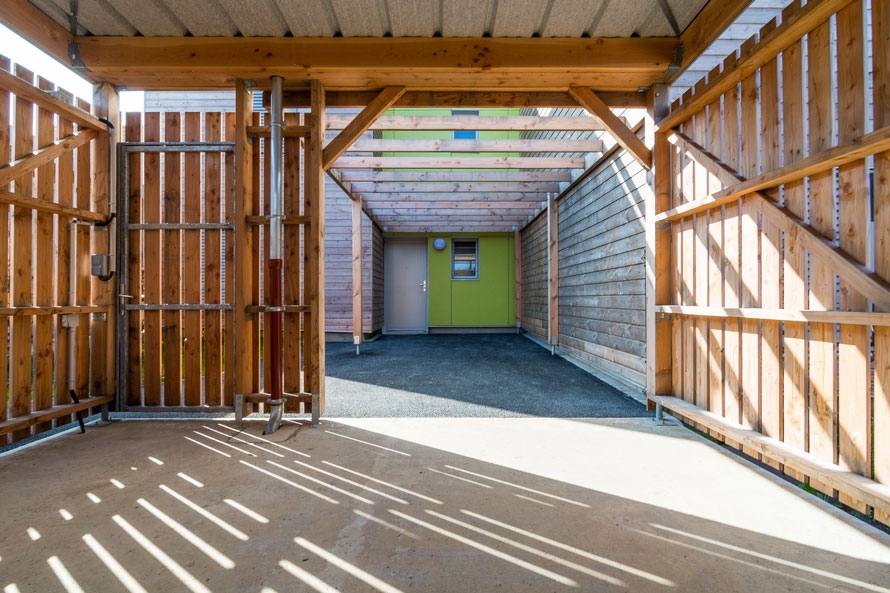 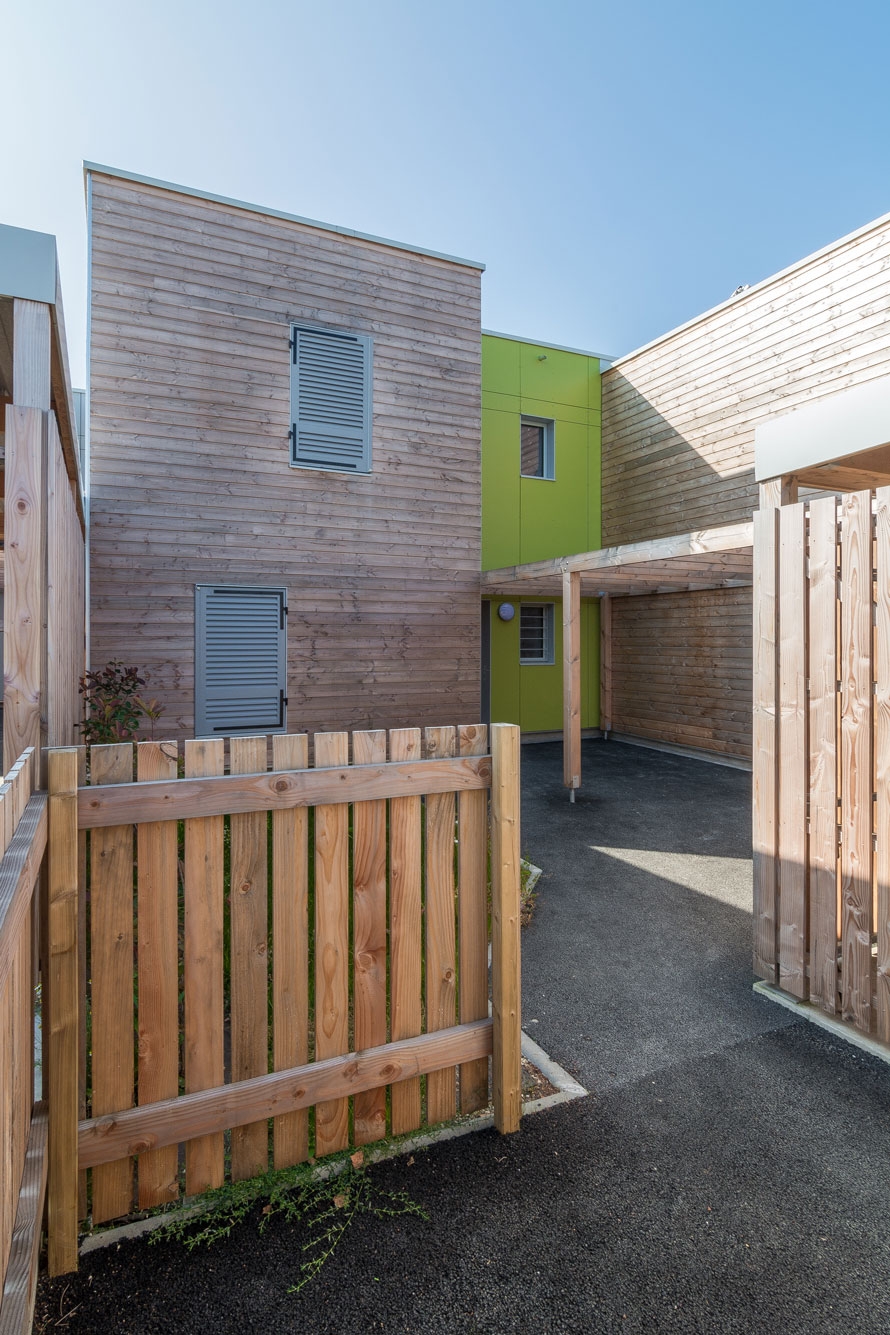 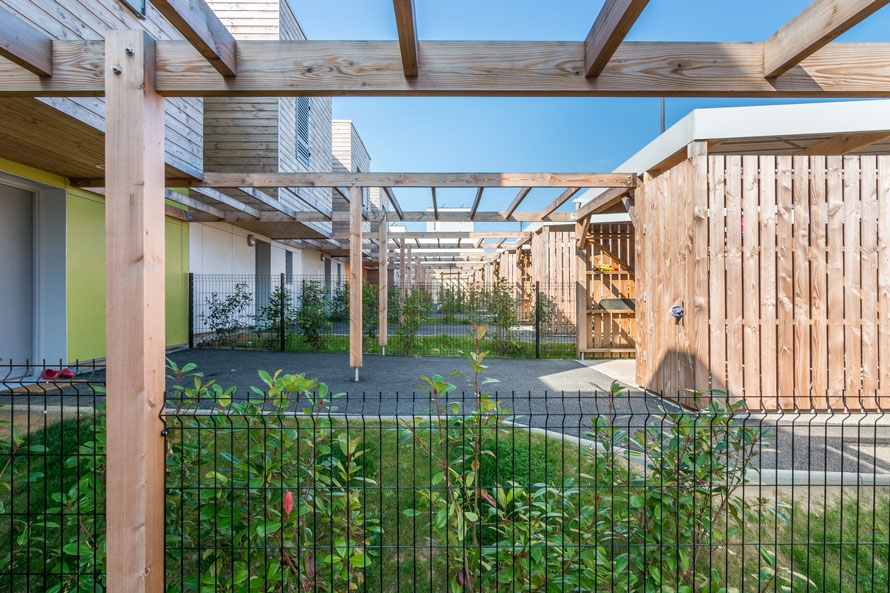 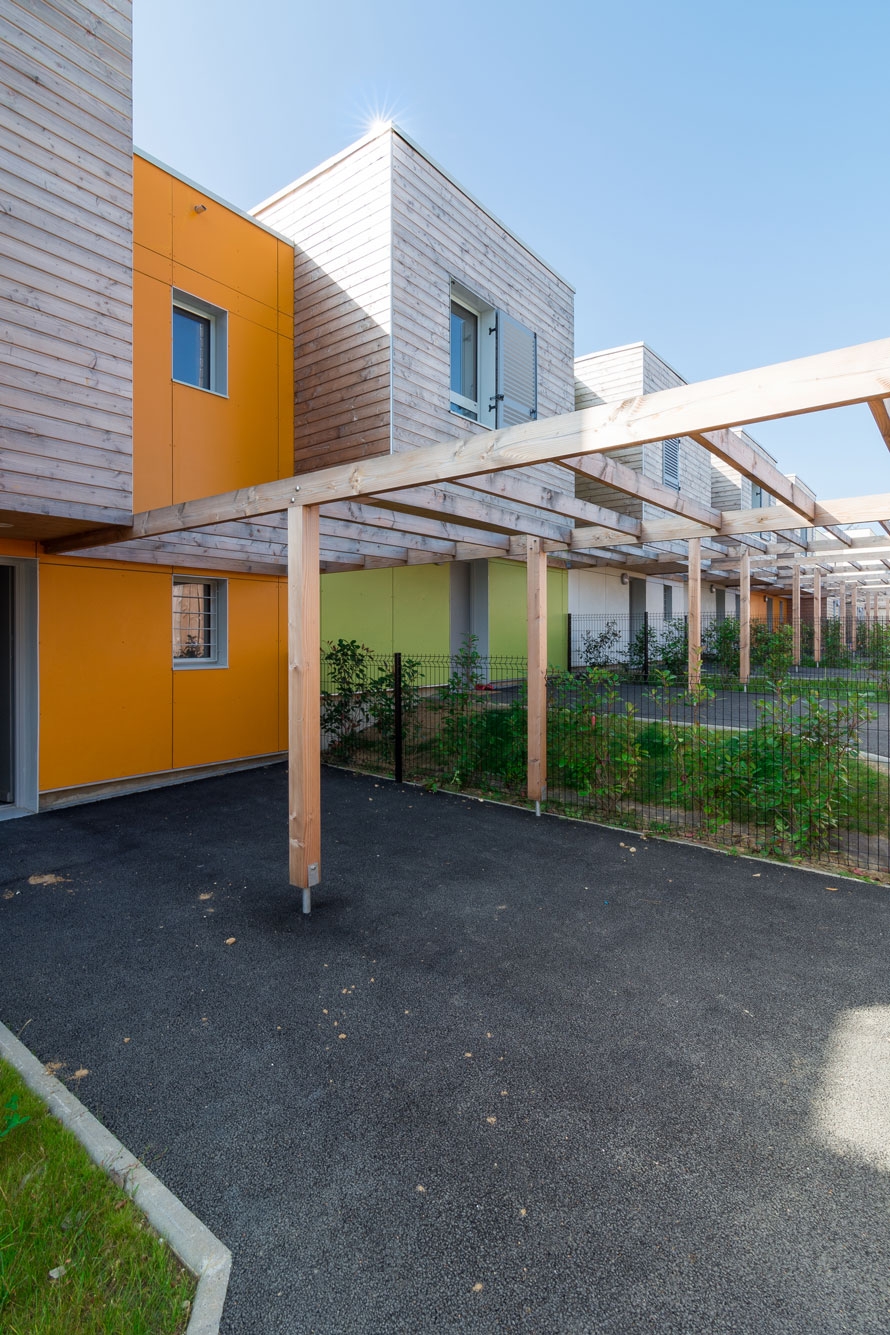 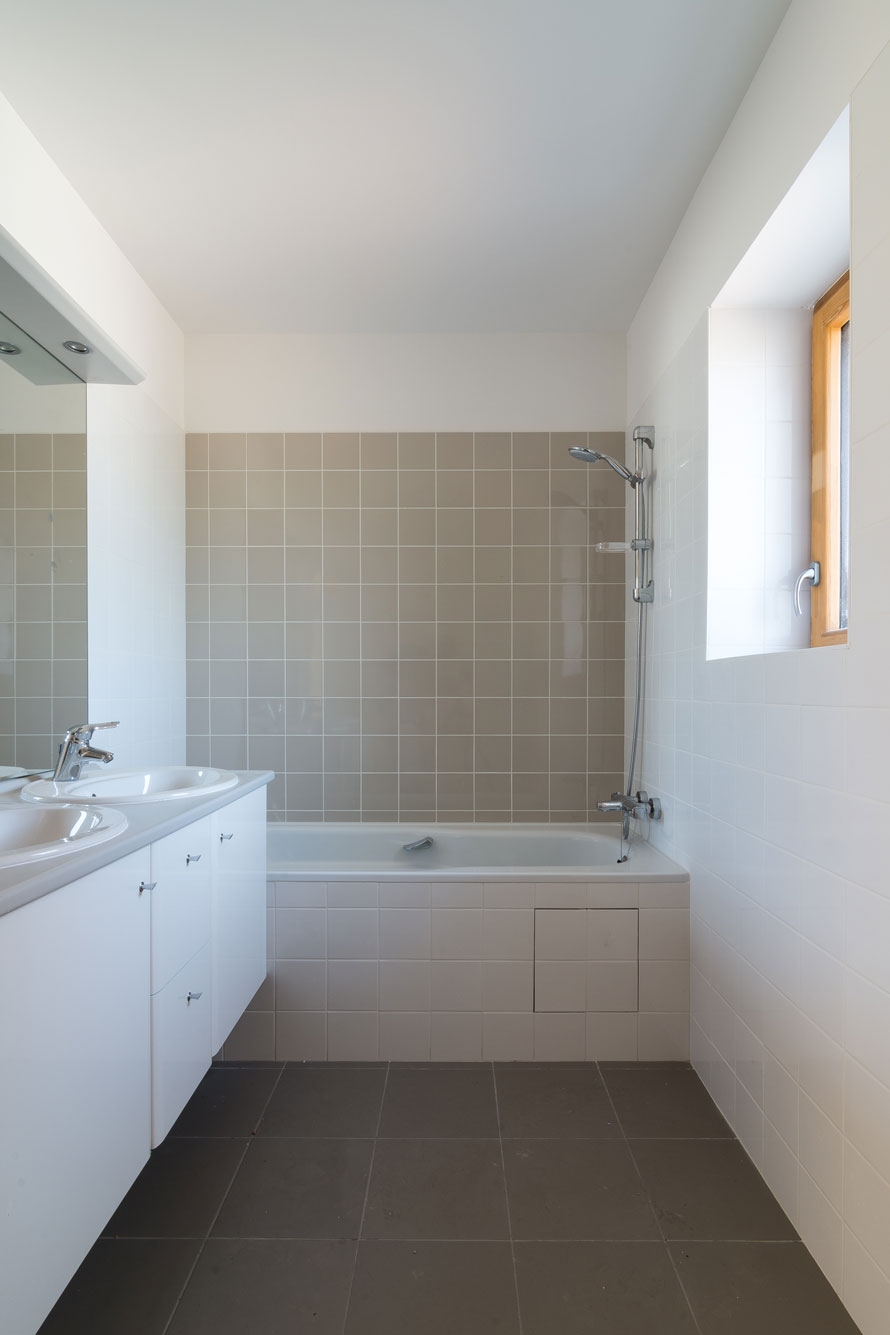 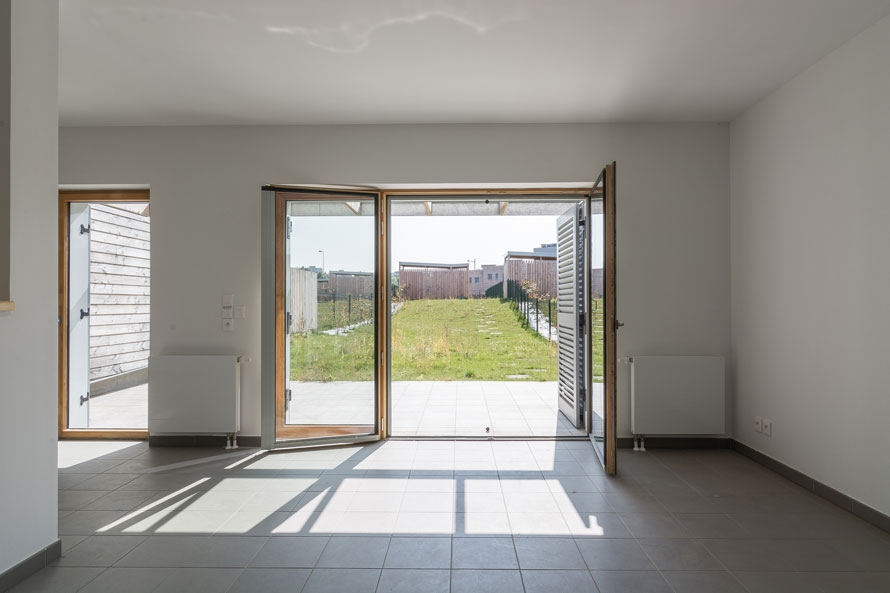