The end of activity in 1998 of the two barracks in Dinan, Beau manoir (5.1ha) and Duguesclin (9.2 ha), freed an area equivalent to 3.5% of the town. The municipality opted for the opening up of the barracks and an urban development to be carried out before the construction of new buildings, in order to offer the inhabitants of Dinan a new district adding to public life.
The urban project favoured the preservation of old military heritage in a rare proportion for this type of project (60% of built heritage was maintained). In addition, the stones from the dismantled constructions and surrounding walls were recycled in the development of the site. This use of the existing buildings allowed the district to exist not just as a wasteland, but as a restructured historical site.
The creation of public areas takes on a determining role in this context. A general network of footpaths and cycle ways (15,000 m2) and the introduction of large open spaces, including a main square of 6,500 m2, responds to the military architecture, allowing an immediate social usage. The major addition of plants transforms a particularly mineral environment: rows of trees, a grove, and a woodland (19,000 m2) composed of three strata: herbaceous (bracken, fern, heather), shrub (butterfly bush, mock orange), and  arborescent (lime, ash).
Important was the use of quality stone, including local granite and recycled granite that underwent specific procedures to guarantee the provenance of the materials. Innovative ecological materials were used for flooring, coating them with Naturalith, a binder of vegetal origin and Noxer, a depollutant. 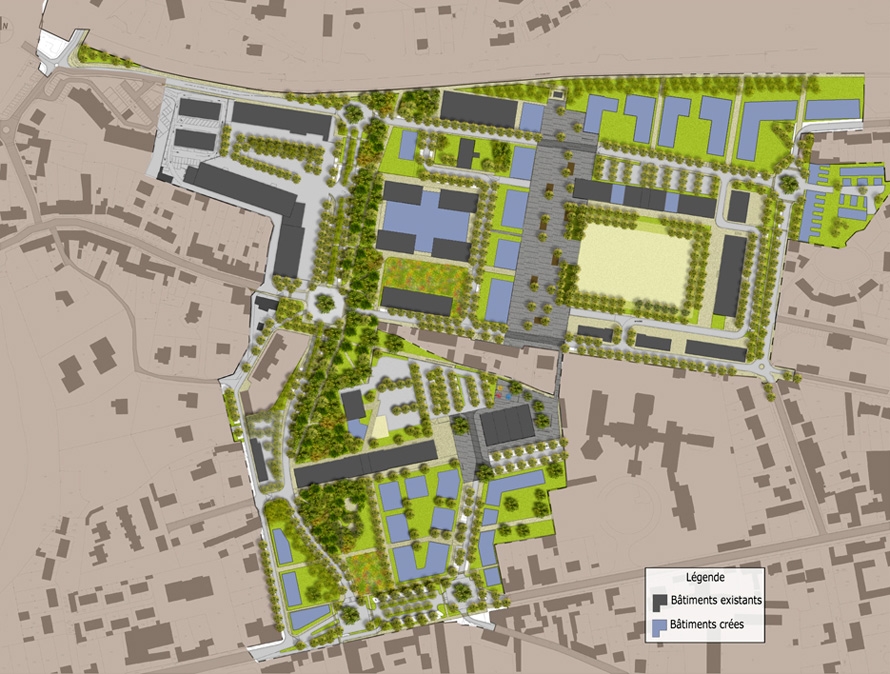 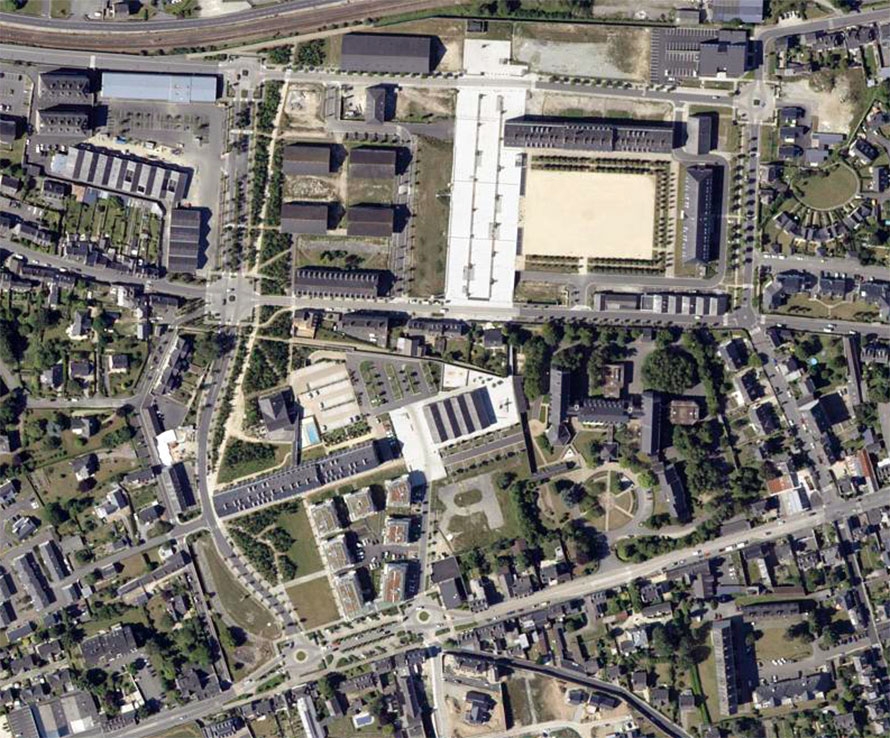 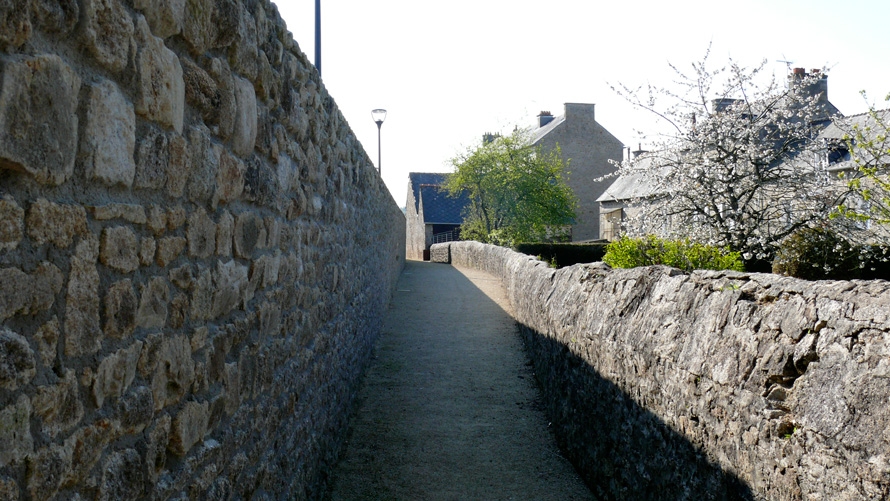 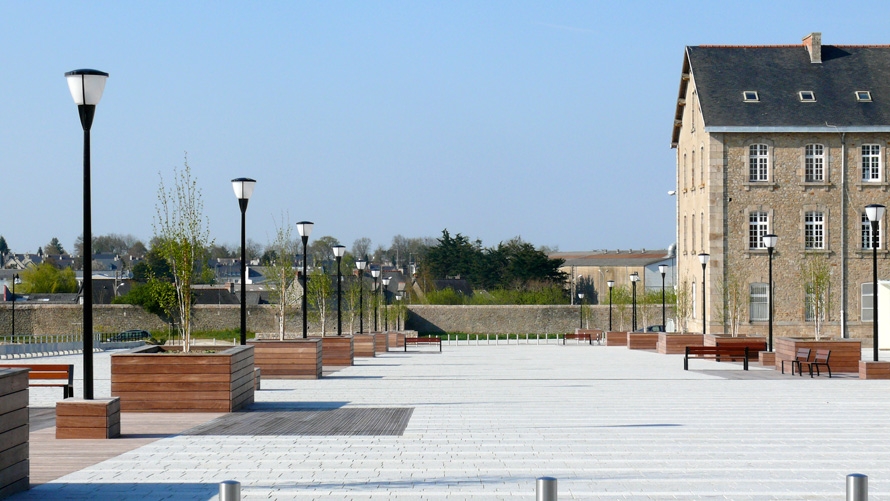 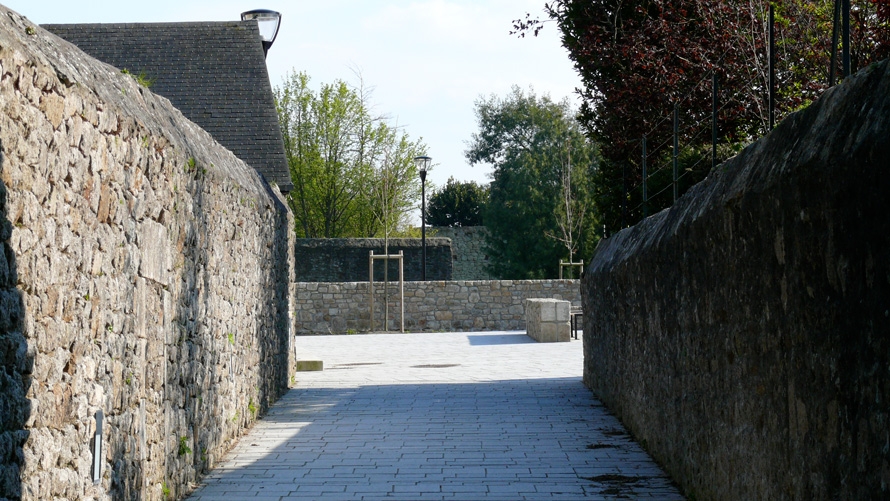 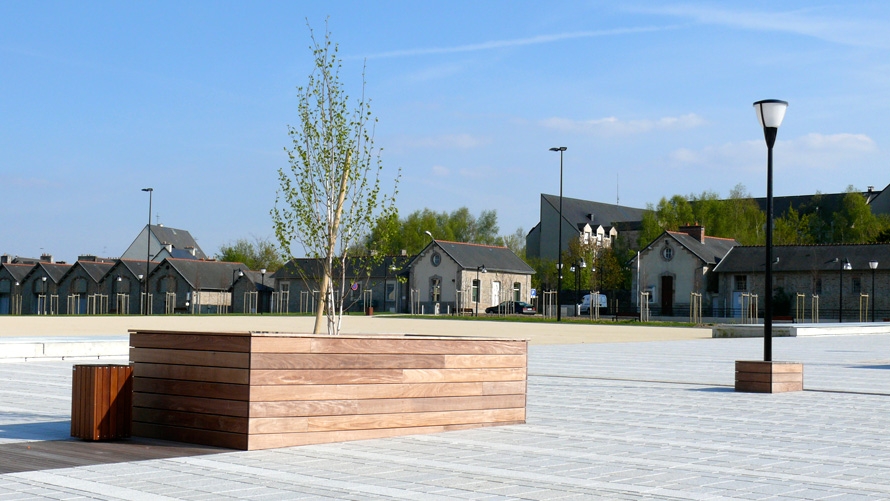 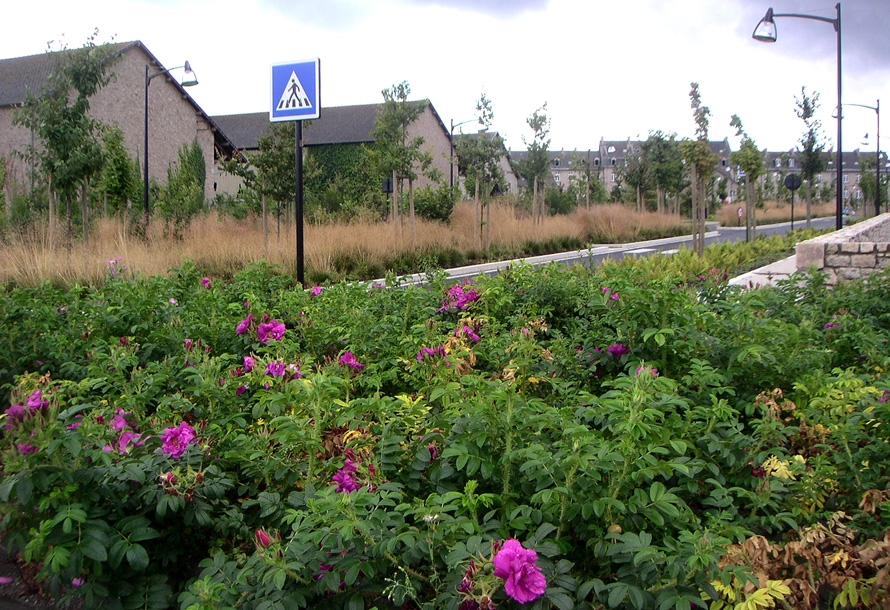 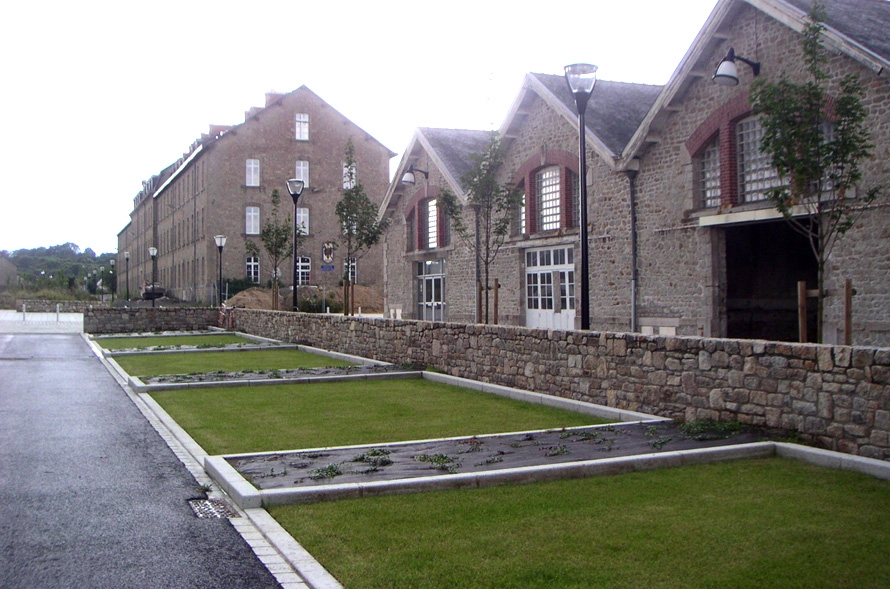 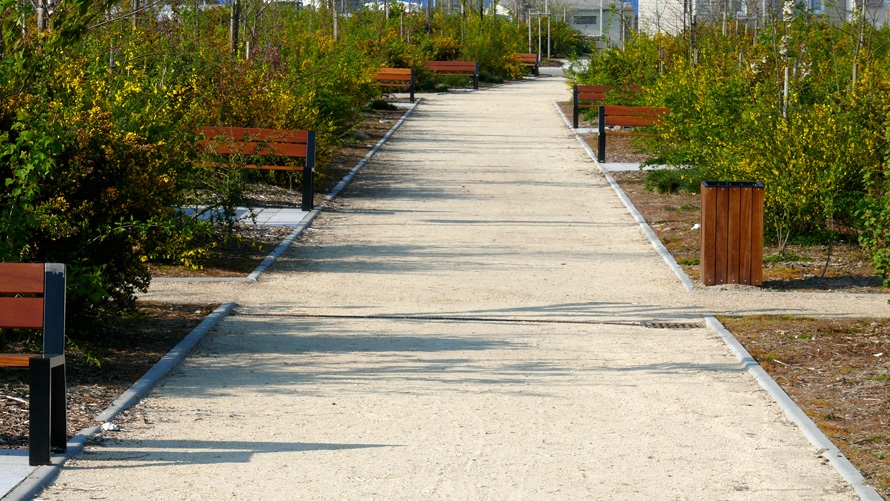 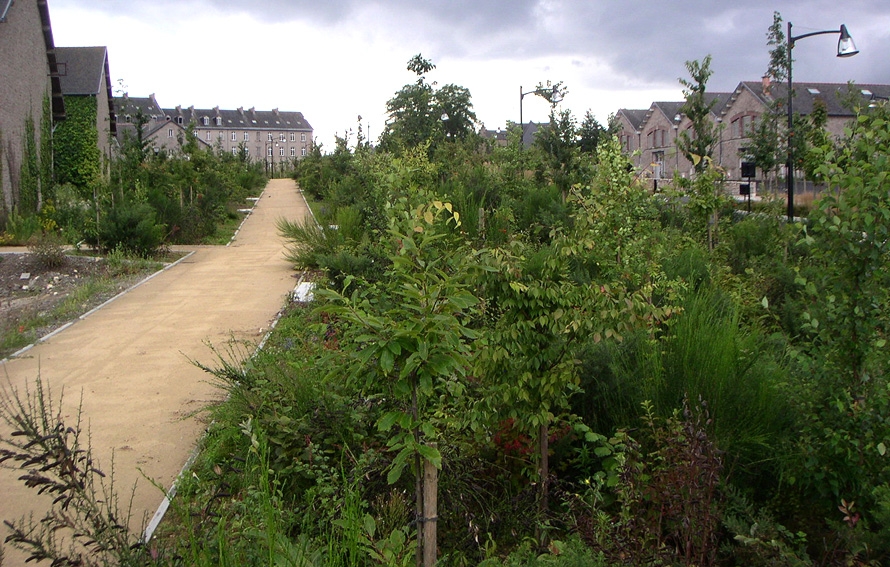